What Can a Believer Do on Behalf of Israel?

As I travel, I am repeatedly asked, “What can a believer do to help Israel?” In light of the current drama on the world stage, here’s a good “To-Do List” for the Christian on behalf of Israel:

KEEP PRAYING. We need to adjust our prayers to fit the “times and seasons” we are in (Eccl 3:1, 1 Thes 5:1).  We need to emulate the sons of Issachar (1 Chronicles 12:32). We are in a “tipping point” season as a nation, so we must stand as watchmen on the wall more than ever (Is. 62:6). Humbly, but fervently, awaken your fellow Believers to the roots of the faith and our debt to Israel.

USE OUR VOTES and implore our legislators to stand with Israel: Senators—http://www.senate.gov/general/contact_information/senators_cfm.cfm 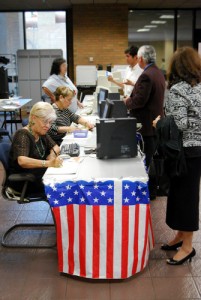 Representatives—http://www.congress.org/congressorg/dbq/officials/ Let them know you WILL vote based on their stance for or against Israel, our only democratic ally in the Middle East.

SUPPORT LEGITIMATE MINISTRIES like Zola Levitt Ministries that are sounding the Shofar in the Spirit—the alarm to war in the heavens (2 Corinthians 10:3–5).

PREPARE FOR THE WORST but BELIEVE for the BEST—that God will continue to bring in a bountiful harvest of Souls in ever-increasing numbers as we look to His coming (Matthew 9:38, 13:39, Revelation 14:15).

STAND WITH THOSE ON “THE FINISH LINE” as Pastor Peter Tsukahira of Carmel Assembly in Haifa calls the Israeli ministries—support them in prayer and finance (Romans 15:27).

PRAY IN the great Muslim harvest that God desires—many of these poor deceived people are sick of Islam, but they need a dynamic encounter with the living God. Hormoz Shariat, the “Billy Graham of Iran,” is overseeing the transformation of entire families and their neighbors as they tune in to his Gospel show broadcast into Tehran from California.

The Persian people want relief from the oppression of Islam.  I composed a song for them, The Bride Behind the Veil (http://bit.ly/ZtSiz), circulated in the underground Church by DVD. They laughed aloud when they heard that a Jew named Mordecai wrote a song for the “Esthers” of Iran. Remember the words of our Orthodox Jewish friend Avi Lipkin in Israel exhorting Christians regarding the Muslims: “Either you bring them the Lord or they’ll bring you the sword!”

PRAY FOR ISRAEL’S LEADERS: That the spirit of wisdom and revelation would guide them in the days ahead… that the political and military leaders would act as one in submission to the mandates of Scripture.

EXPOSE THE UNHOLY ALLIANCE between humanistic atheists and Islamic ideologues—this bewildering brew is like the alliance between Pilate and the Pharisees: the secular and the religious in league, temporarily. Pray for awakening before it is too late.

3 Responses to What Can a Believer Do on Behalf of Israel?