A SANE VOICE OUT OF EGYPT! 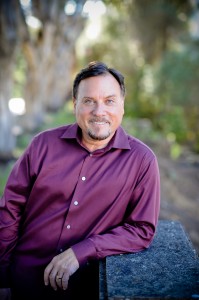 Years ago I wrote an article begging the Muslim world to put forth voices of reason, love, or at least, a sense of humor. I called it “Waiting for Martin,” and with tongue in cheek, I searched the horizon for a Martin Luther reformer, a Martin Luther King restorer, or a Martin Short comic representative who could help the Muslim world laugh a little at itself. Stop proving that the ‘religion of peace’ is the opposite of that moniker by lightening up and joining the rest of us in flawed humanity. No way.

In fact, our own government is now joining the fray on the side of those within Islam who would outlaw free speech, especially any humorous fun poked at Allah or Mohammed. Of course, it is fine to defame and demonize Jews and Christians … just DO NOT EVER say anything offensive about Islam. Imagine my delight when I read the following, written by an Egyptian journalist, Imad al-Din Hussein, a columnist for Al Shorouk, Cairo’s daily newspaper:

“We curse the West day and night, and criticize its [moral] disintegration and shamelessness, while relying on it for everything. … We import, mostly from the West, cars, trains, planes … refrigerators, and washing machines. … We are a nation that contributes nothing to human civilization in the current era. … We have become a burden on [other] nations. … Had we truly implemented the essence of the directives of Islam and all [other] religions, we would have been at the forefront of the nations. The world will respect us when we return to being people who take part in human civilization, instead of [being] parasites who are spread out over the map of the advanced world, feeding off its production and later attacking it from morning until night. … The West is not an oasis of idealism. It also contains exploitation in many areas. But at least it is not sunk in delusions, trivialities, and external appearances, as we are. … Therefore, supporting Islam and the prophet of the Muslims should be done through work, production, values, and culture, not by storming embassies and murdering diplomats.”

Hallelujah! A “Martin” is here. However, we shall see what fate befalls him for daring to speak out about the religion of “pieces.” Let’s pray for his safety and an increase in his platform and influence.

One Response to A SANE VOICE OUT OF EGYPT!