Now More Than Ever!

Sha’alu Shalom Yerushalayim — Pray for the Peace of Jerusalem 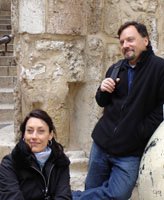 As the season of Christmas trees, Hanukkah candles, gifts, and feasting approaches, PLEASE join me in fervent prayer for Israel! The drums of war are sounding. As a pre-emptive strike against Iran becomes increasingly likely, Iran is signaling that any military effort by Israel will unleash what may become the Arab War of Psalm 83. To understand this better, see my article on page 4 of the December Levitt Letter.

Remember, the Iranian government is committed to a conflagration that they believe will bring the return of the 12th Imam–the “Mahdi,” their messiah. They are willing to fight Israel to the last ounce of Arab blood, using their proxies: Hezbollah in Lebanon; Hamas in Gaza; and sundry, seemingly independent terrorist groups that are funded and armed by Iran. 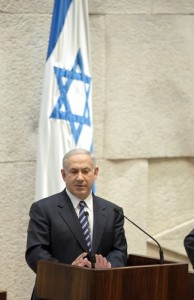 There are too many signals to ignore the possibility that war might be looming on the horizon.

On Sunday, Prime Minister Binyamin Netanyahu declared that leaders are tested by their ability to make decisions that might be unpopular among their own people and around the world.

While a possible Israeli strike against Iran was not specifically mentioned, Netanyahu’s speech over the grave of Israel’s founding father David Ben-Gurion came just two days after U.S. Secretary of Defense Leon Panetta spoke out against Israeli unilateral action.

As Netanyahu spoke, Syria launched a Scud B missile.

While not the most sophisticated missile in its arsenal, the Scud was detected by Israeli radar, which tracked its trajectory and flight path. It was also noticed by the Israeli intelligence community, which understood [Syrian] President Bashar Assad’s message that he still controls his missiles and could use them against Israel or other Western targets if they try to topple his regime.

Au contraire! Let’s be wise and add a joyous shout of triumph to the unfolding of prophecy; knowing that as darkness increases, so does THE LIGHT.

1. For continued cyber attacks that use Israeli (and Western?) brilliance to foil the Iranian efforts without loss of life!

3. For an awakening in the U.S., and to be found on the right side of history, at least in the near future, by supporting Israel.

4. For unity in Israel, and wisdom for Bibi Netanyahu, God’s choice for the hour.

5. For the Gospel to go forth! As pressure mounts, pray that Jews and gentiles will turn to the Messiah, Yeshua!

This entry was posted in Myles Weiss and tagged Bibi Netanyahu, Levitt Letter, Pray for Jerusalem. Bookmark the permalink.

One Response to Now More Than Ever!