The Ascent of all Believers

Scriptures speak of the “Psalms of Ascent” from Psalm 120 to Psalm 134. These 15 songs are meant to carry the spirit of the worshipper up to Jerusalem, to the Temple to meet with God. The Hebrew word to ascend is ma’aloth.

These Great Feasts (thusly called because they are commanded) also appear in Psalm 84:5–7 “Blessed [‘Happy’: Asher in Hebrew] is the man whose strength is in You, Whose heart is set on pilgrimage. As they pass through the Valley of Baca, They make it a spring; The rain also covers it with pools. They go from strength to strength; Each one appears before God in Zion.” As Believers, we are all to be moving up, as if still going up to Jerusalem. In the spirit realm, we are to be drawing nearer to the Lord at all times.

Remember, when Yeshua sat with the “woman at the well” in John 4, He told her that the hour was coming when the true worshippers would worship Him in spirit and in truth. These Psalms of Ascent point us in the right direction! 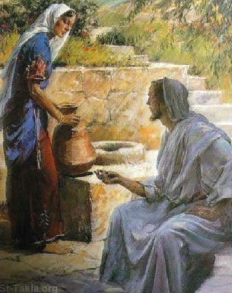 Hebrews 12:22 says we have come up to Zion (not Sinai), the City of God, which is heavenly Jerusalem … and an innumer- able company of angels bears witness to the call!

The Talmud (Babylonian Sukkah 51b; Babylonian Midrash 2.5) states that these 15 psalms correlate to the 15 steps leading up to the Temple. This association is so powerful that the Septuagint, the Latin

Vulgate, and Jerome labeled each psalm “a Song of the Steps.”

I have found that to “go up” in my relationship with the Lord entails an act of getting “low” because humility is the way up! Even today when we visit the Temple’s Southern Steps, we traverse original stones from the time of Jesus. These steps are uneven and force the pilgrim to consider his way carefully. I find myself looking down before a Holy God—on the steps, in my home, before my Bible.

The Israelites kept seven feasts when the Temples stood. Yeshua fulfilled them all. In a sense, there is an eighth feast to come: The Marriage Supper of the Lamb will represent a new beginning with Him, the Bridegroom of Heaven.“Let us rejoice and be glad, and give Him glory, for the marriage of the Lamb has come and His wife has made herself ready” (Revelation 19:7).