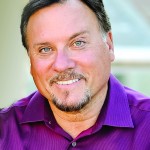 Dickens spoke of the best and worst of times in his classic “A Tale of Two Cities.”  A timeless phrase, it applies just as well now as it did in his 19th century Britain and France. It is a literary homage to Isaiah’s milenia-old aphorism, “Arise, shine for your light has come, and the glory of the Lord has risen upon you”(Isaiah 60:1). Centuries later, Yeshua would refer more than once to the light of God rising in Him, His followers, and increasing as darkness grew in this world. So it goes today.

Our journey to Israel last month yielded some powerful footage of the great blessing that Israel and her “Sons of Promise” have brought to the world. It was very satisfying to capture fruitful, life-giving works in technology, medicine, ministry, music, and reconciliation. We are looking forward to the finished product of the series.

At the recent Messianic Leaders Roundtable, Katharine and I were further blessed by the growth and maturity in love that we experienced among the attendees. Host Jonathan Bernis of Jewish Voice Ministries provided a forum (at his own ministry’s cost!) for a diverse group of Jewish and gentile leaders to interact and learn from one another. It exceeded our expectations. We felt welcomed and received great feedback for the ZLM projects as well as our ministry to Beth Shalom and Beit Abba in California.

This gathering was a living expression of the unity called for in Psalm 133 and John 17.

The Messianic movement is maturing.

Not only was more grey hair, less hair, more “fat bones” in evidence – there was a notable presence of love for the Master and one another. A commitment to one another’s success was the tone set by Jonathan. I found myself crying more than once, in gratitude at the precious experience of unity, where “God commands the blessing.”

As war and rumors of war increase, God is raising up His remnant around the world.

Light is shining in the darkness.

2 Responses to A Mordechai Memo — Pre-Thanksgiving