At Whose Banqueting Table are you Feasting? 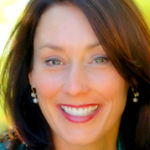 Purim, the Feast of Lots, is found in the Book of Esther. For 2012, Purim will start on Thursday, the 8th of March and will continue for until Friday, the 9th of March. Like Chanukah, it is not one of the biblically-mandated appointed times of Leviticus 23. Even though it takes place when Babylonia ruled the known world in the 5th century B.C.E., it does have great prophetic significance for us today.

In the book of Esther, God reveals His end time plan for the Church, the Jews, and their enemies. Through her story, we learn that if humble ourselves and pray (II Chronicles 7:14), He will open a way of deliverance for us, both individually and corporately. 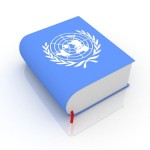 The United Nations attempts to bring about artificial alliances.

The King orders a banquet and commands Vashti to appear before his leaders to display her beauty. Her independent spirit causes her to refuse and she misses her opportunity for favor with the King. She stands as a warning to us: ‘Church! Do not allow an independent spirit to divide you from the call of the King. Today, there are bodies of nations (e.g. ,the U.N.) thinking that they can independently bring about a supernatural effect through natural alliances…they are failing.

A counterfeit bride is positioning herself to be “queen” of the world body…this is pointing to the “falling away” of which the scriptures warned. An apostate “queen-led” alliance is forming, and supernatural discernment is necessary to know where we are aligned in the days ahead. Watch the news coming from the Middle East, especially from sources like the Levitt Letter. There are religious and political systems making alliances that look beautiful on the outside but hide a nefarious agenda. As the media waxes incoherently, listen for words like, “peace and safety”, “Chrislam” and a Temple rebuilding vision based on ecumenical “cooperation” and “unity”.

Will you be at the "right" banqueting table?

Eshter’s true identity was hidden for a season. Thanks to her uncle Mordechai, orphaned Esther found herself at the center of history. Today, the true church, orphaned from her Jewish roots, is at the center of history and will be until the King returns! She will be so positioned in preparation for the King…for she has been “brought into the Kingdom for such a time as this” (Esther 4:14).

You and I are Esther, and we have been brought into the Kingdom for such a time as this. Let’s pray that we be found at the “right” banqueting table, led by the Holy Spirit, into the presence of the King. Psalm 23:5 pictures that banquet.

This entry was posted in Katharine Weiss and tagged Book of Esther, Israel, Purim, United Nations. Bookmark the permalink.

2 Responses to At Whose Banqueting Table are you Feasting?