Lion, Lamb… or Both? 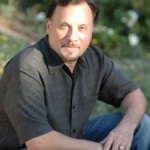 As the nations rage against Jerusalem (Zechariah 12:9), and everything that can shake is shaking, we see the preparation for the promised Messiah. Israel’s restoration is the cosmic trumpet that signals the ticking prophetic clock:

Messiah is on His way.

But which Messiah … the suffering servant of Isaiah 53 or the reigning King of the Psalms, Prophets, and the NT?

Isaiah (53:3–6) poignantly describes the Messiah as: 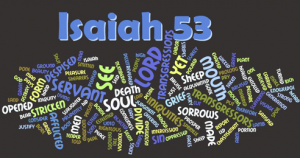 “A Man of sorrows and acquainted with grief. … and we did not esteem Him. … He was bruised for our iniquities; The chastisement for our peace was upon Him, and by His stripes we are healed. All we like sheep have gone astray; We have turned, every one, to his own way; And the LORD has laid on Him the iniquity of us all.”

The 53rd chapter of Isaiah has been described as the “Gospel according to Isaiah.” In fact, ZLM made an eight-part series by that same name. I have seen Jews come to faith in Yeshua after hearing this Messianic description. As a new Believer—and “lit up” from a month of street witnessing with Jews for Jesus—I gathered my New York family and read Isaiah’s gospel to them. A holy hush fell over them, and eventually both my mom and sister came to faith. Baruch HaShem (praise His Name)!

Taken together, the many other descriptions of this suffering servant describe a Mashiach Ben Joseph (literally, Messiah son of Joseph) who, like His natural ancestor Joseph the patriarch, suffered many injustices before becoming the Deliverer of His people, Israel.

However, we Jews are not that keen on more suffering but, rather, would like a King who triumphantly vanquishes our enemies and makes us “the head and not the tail” (Deuteronomy 28:13) for a change!

That was the quandary in which the early disciples found themselves—how could this carpenter, neighbor, and friend be He who would deliver them from the oppression of Rome? Matthew 6:33, 8:11, and Luke 11:20 tell us that the mystery of the Kingdom was progressively revealed to Yeshua’s followers. Some were still looking for an earthly kingdom in Acts 1:6.

THAT DAY IS COMING…AND SOONER THAN WE MAY THINK! 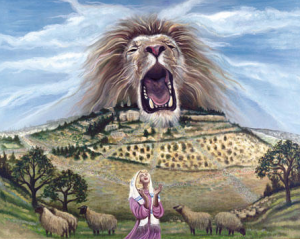 The reigning Messiah—Mashiach Ben David—will establish His throne in Jerusalem and reign for a thousand years. Now, that is a Divine Dictatorship that I can accept, a benign monarchy ruled by the only One fit to lead us all.

Throughout the Hebrew Scriptures, this King is praised and promised. Daniel 7:9–22 describes the reigning King as the “Ancient of Days.” In verse 9 we read:

“I watched till thrones were put in place, and the Ancient of Days was seated; His garment was white as snow, and the hair of His head was like pure wool. His throne was a fiery flame, its wheels a burning fire …”

We have an extraordinary opportunity to point people to Him—in His role as the Lamb who takes away the sin of the world … AND as the Lion of Judah, the coming King!