The City of the Great King

A Myles Memo by Myles Weiss 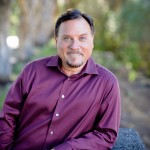 Yom Yerushalayim — “Jerusalem Day” (May 8 this year) marked the day 46 years ago that Israel wrested the Old City of Jerusalem from the Kingdom of Jordan in the Six-Day War. For the first time in over 2,400 years, the entire city was under the governance of a sovereign Hebrew state.

However, the battle for tiny Israel to live in peace continues unabated. Four types of warfare hover over the nascent country, still a child among most nations of the world. On the one hand, Israel is an ancient culture with a rich history in the very place it now resides. On the other hand, it is a fresh, upstart of a country, brash and full of adolescent temerity. Conventional warfare, cyber warfare, media warfare, and spiritual warfare all are ongoing over the country of Israel and its destiny.

The warfare continues fiercely over stewardship of that city as well as all the lands acquired by Israel during that war—namely,  the Gaza Strip and the Sinai Peninsula from Egypt, Judea and Samaria (“the West Bank”) and East Jerusalem from Jordan, and the Golan Heights from Syria. This past year has seen a strong increase in pressure on Israel to relinquish and leave all of those lands still retained by Israel. A UN resolution was passed, essentially labeling all of the territory in Judea, Samaria, Gaza, and even Jerusalem itself as a Palestinian “state.”  The anti-Semitic UN quickly embraced this unilateral move.

Sadly, the business world is jumping aboard the anti-Zionist train: this past week Internet giant GOOGLE decided to change the tagline of its Palestinian edition from “Palestinian territories” to “Palestine.” For Katharine, who is a MacDougal with roots in the revivals of the UK, it was a blow to learn that the Church of Scotland published a paper denying that “Scripture” has any bearing or basis for Jewish claims to Israel.

Israel itself needs the wisdom of the Word for true guidance and the ability to make good decisions in the future. Unfortunately, Israeli governments are mostly secular and vulnerable to pride and prejudice.

If you access my article on concurrent blessings, God Blesses the Children of Israel and the Church Concurrently, you will see that something world shaking was released in the spirit world forty-six years ago when God placed His ancient people back in stewardship over His city, Jerusalem. The Land rejoiced AND the Church increased as the “Jesus people,” charismatic renewal, and the Messianic Movement all took flight. God is always on the increase, and on the move. Here is an incredible nugget from Asher Intrater of reviveisrael.org, a Messianic leader in Jerusalem, when he recently pointed out what he saw as a significant parallel:

On the 43rd Day of the Counting of the Omer

Jerusalem Day is celebrated on the 43rd day of the Counting of the Omer.

“The ascension of Yeshua to heavenly Jerusalem and the Israeli recapture of Jerusalem in 1967 happened on the same day. Yeshua taught His disciples about the kingdom of God for approximately 40 days after being resurrected on the third day after Passover (Acts 1;3). The recapture of Jerusalem also occurred on day 43 of the counting of the Omer. This year that date falls on May 8.”

How cool is our God? You can hear more from Asher in our upcoming TV series, Acts Then and Now…the Story Continues. Watch for it on your TV or check it out at www.levitt.com.

The Acts series is full of testimony and teaching by the very Jewish believers in Jesus who pioneered the modern believers movement in Israel. It is a joy for Katharine and me to showcase these mentors and friends on Zola Levitt Presents.

You will see that there is now a growing living Jewish expression of the Body in Israel, with a growing youth movement. Many of their spiritual “abbas” and “immas” (fathers and mothers) came to faith during the time mentioned above. Now the world is seeing spiritual children and grandchildren rising up in the Land with an indigenous new song in their hearts. These young people are determined to move out from the cocoon of comfortable congregational life into Israeli society and make a difference for Yeshua. As one young leader wryly told me, “We are tired of being in a petting zoo; we are ready to live in the wild!”

Hallelujah! May God bless the Body in Israel as they herald the coming of the Messiah!