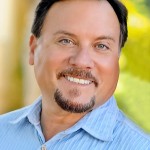 Yom Kippur ended last evening. The previous night, the cantor (singing rabbi) had recited the famous Kol Nidre, which means All Vows. This haunting prayer-song became part of the liturgy after the Spanish Inquisition. During that “long holocaust” of hundreds of years, many Jewish people were forced to convert to Catholicism to avoid execution. They vowed publicly to eschew Hebrew practices, but secretly kept their Jewish identity alive. They became known as the anusim or hidden ones. God is currently revealing them in the Western world, and many believe they will be part of another aliyah (moving back to Israel) in the coming years, as described in Obadiah 20.Yom Kippur is the Holiest Jewish holiday, and is observed even by secular Jews.

When I was a young boy in Hebrew school, my friends and I would have contests to see who could fast the longest. Not the purpose of a fast, this self aggrandizement, but part of a young approach to Jewish life for some.

Yom Kippur traditions include the following:

There is a tradition of wearing white to symbolize our repentance and reach for purity. This tradition looks forward to the  statement from above:

“He who overcomes shall be clothed in white garments, and I will not blot out his name from the Book of Life, but I will confess his name before My Father and before His angels.”  (Revelation 3:5)

The Day of Atonement was the time for the Cohen Ha Gadol (High Priest) to approach the Lord in the Holy of Holies:

“Tell your brother Aaron that he is not to come whenever he chooses into the Most Holy Place behind the curtain in front of the atonement cover on the ark, or else he will die.”  (Leviticus 16:2)

The Azazel, or scapegoat, was an integral part of the ceremony:

But the goat chosen by lot as the scapegoat shall be presented alive before the Lord to be used for making atonement by sending it into the desert as a scapegoat.”  (Leviticus 16:10)

Since we are living in the time of  “No Temple/No Sacrifice,” some Orthodox  Jews practice kapparot (covering) — they pass a live chicken over the head of the one making repentance, and then the fowl is sacrificed and donated to a needy family for food. It is a sincere, if ineffective, way of repenting, using the three modern practices of the season:

Yom Kippur is a Holy Day and sets us up to celebrate Sukkot, the Feast of Tabernacles, in five days. As the seventh and conclusive Feast, Sukkot contains many prophetic pictures of Emmanuel, which means God with us!

This entry was posted in Holiday Message, Myles Weiss. Bookmark the permalink.